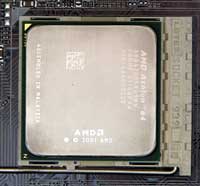 The ASUS A8N-SLI deluxe PC mainboard has an AMD Athlon 64 or Opteron Socket 939. The mainboard should have an “AMD retention module” (also known as a “Heatsink Mounting Bracket” or “Retention Clip Module” fitted to hold the CPU heatsink on to the top of the CPU. The retention module is a plastic frame held on to the mainboard by two screws or push in pins. It has 3 lugs on two opposite sides that hold the heatsink in place. If you have a mainboard with a missing or broken retention module you can buy a new one from a number of retailers. 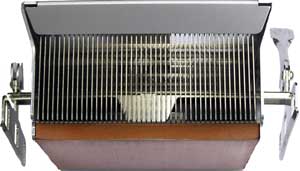 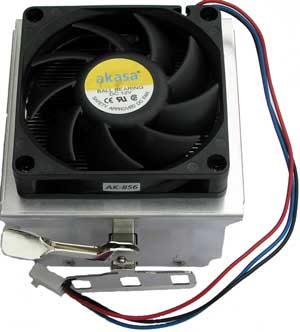 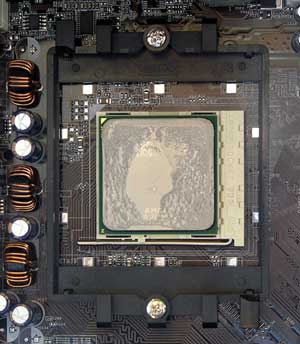 The existing CPU Cooler was an Akasa AK-856 cooler which has a bracket on two opposite sides with three holes that fit over the lugs on the AMD retention module. Levers apply pressure holding the CPU Cooler on to the CPU.

Cleaning Solution. Put 2
drops on each felt pad.
Use your cleaner every 10-15
hours of playing time.
Isopropyl Alcohol 15ml”