Click here for a Resort Map of Altmünster and details of walking / hiking maps.

There are a number of shops, cafes, restaurants and hotels situated around the lakeside where there are lots of water activities.

Walking / Hiking in the Altmünster Area

There are about 88 km of paths in the Altmünster area and several hundred in the Traunsee region. They range from level walks around the lake to mountain paths up to the summits of the surrounding mountains. You can take a bus or walk to Gmunden and then explore the Grünberg and Traustein areas. From Altmünster take the train to Ebensee and then take the gondola to the summit of Feuerkogel.

Skiing in the Altmünster Area

There is not a lot of downhill, but the Feuerkogel area near Ebensee has some lifts and huts / restaurants.

There are several maps that cover the area at different scales suitable for walking, hiking and exploring the Altmünster area.

The Tourist Information Office is in the village centre.

The nearest airport to Altmünster is Salzburg which is about 40 km - 1 hour 10 minutes away.
Other airports are:

Trains are run by Austrian Railways ÖBB. There is a station in Altmünster but it is some distance south-west from the village - about 20 minutes walk.

Ferries run from several other places around the lake (Traunsee).

There are a number of bus routes.

There is a cable gondola in Gmunden that runs in summer to the summit of Grünberg (984m).

There is a cable gondola in Ebensee that runs most of the year to the summit of Feuerkogel (1592m). 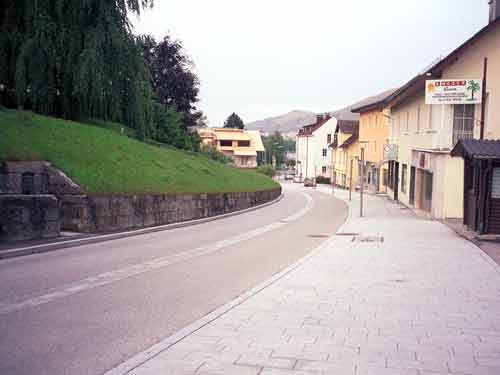 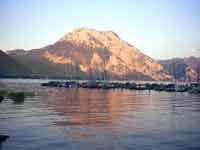 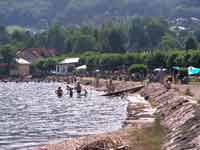 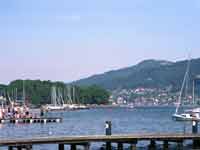 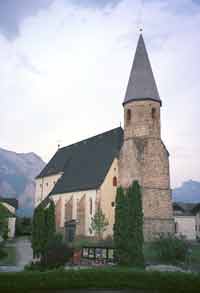 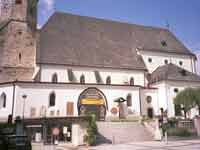 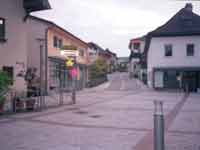 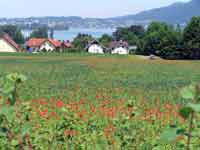 This 104 page guide is in English and has maps, routes and background information.